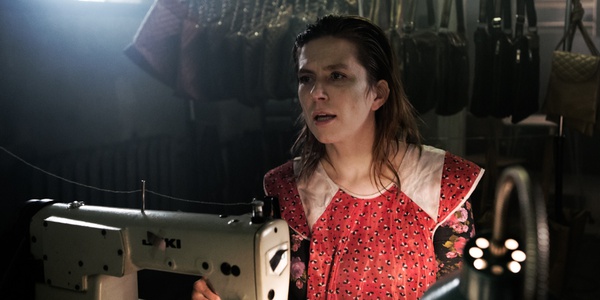 The story of 3 women during one work day in a run
down sewing room located in an old tenement house.
Each woman is different in age and views, as well as
knows certain secrets. As a leakage starts to appear
on one of the fungous infested walls, the women start
to worry; and secrets begin to leak out. In addition,
human sounds of weeping and yelling are coming
from under the floor, which is sometimes deafened by
the sound of the sewing machines… What secrets lie
behind the sewing room…